This is a sample essay for IELTS writing on the best way to solve growing traffic and pollution problems.

Question: Increasing the price of petrol is the best way to solve growing traffic and pollution problems. 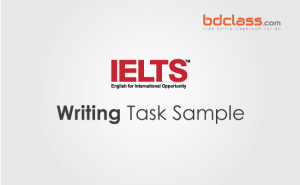 Sample Answer: It is considered that to accomplish the matter of increasing traffic and pollution, one of the best ways is rising the cost of petrol.

I somewhat agree with that. I will highlight my point of view and will give some measures, which might be effective.

It is true that in the street the number of vehicles increasing day by day, therefore pollution improving at the same time. Rising petrol consumption may a good way because it can stop some unnecessary vehicles to ride in the street. As a result, the problems begin to decline.

But the difficulty is that the poor and the middle-class people may not afford it. Hence, the authority should increase it in an affordable stage.

However, taking some other steps might be more suitable for the situation. Some possible solutions like making a restriction on the number of vehicles a family can purchase, and try to make people aware. As well as produce electrical transport more and more except patrol vehicles. Because electrical vehicles don’t make pollution.

In conclusion, there may have some arguments for increasing the cost of petrol. That’s why I think the other steps which I have given, might more effective.