Global warming means increasing temperatures around the earth. Global warming is now causing so many problems on earth. It’s been the most discussed issue in the world.

Some greenhouse gases like Water vapour, Carbon dioxide, Methane and Nitrous Oxide covers the earth like a blanket. The heat of the sun makes the earth warm and this heat can not go out because of these layer of gases. Thus the earth keeps getting warmer. This is called the greenhouse effect. When people produce more carbon dioxide and other gases from the earth, this intensifies the warming.

We know, trees receive carbon dioxide and give oxygen. For habitation, agriculture, furniture, people are cutting down trees at random. When the forests are burnt, it creates a huge amount of carbon dioxide. Destruction of the forest helps to raise world’s temperature fast.

Besides, environment pollution also helps to make the earth warmer.

After the industrial revolution, the production of carbon dioxide increased. The carbon dioxide mixes in the atmosphere. When atmospheric carbon dioxide dissolves in seawater, it forms carbonic acid and causes acidity if oceans. Global warming causes erratic rainfall, floods, cyclones, drought, ice sheets melting which seriously affect agriculture and livelihood, especially in vulnerable countries. This will also affect wild lives. It will change our water supplies, power and transportation system, food production, our natural environment, our health and safety.

In conclusion, only the increased amount of carbon dioxide is the main cause of global warming. We should realize the bad impacts of it and find an alternative energy source. If the situation continues, very soon living beings on earth will become extinct due to the earth’s temperatures. If we could control global warming, this world 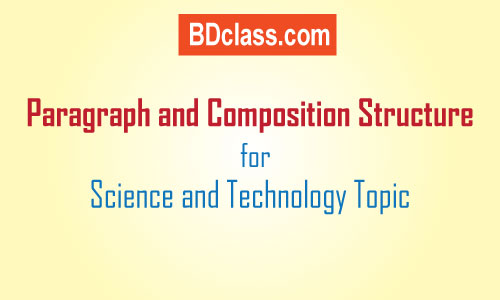