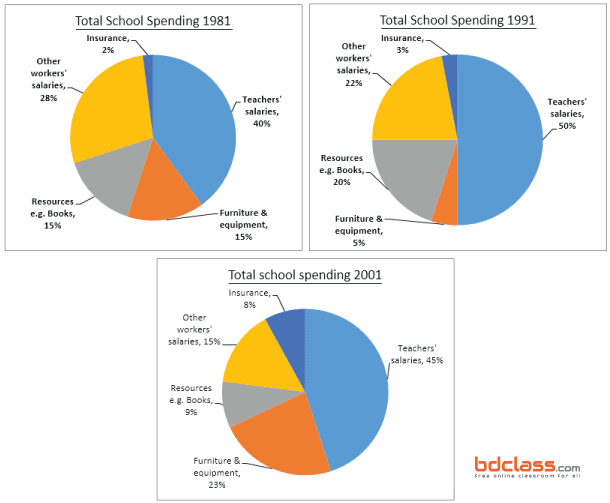 Summaries the information by selecting and reporting the main features, and make comparisons where relevant.

Overall, it can be seen from the charts, the school spent a large amount on the teacher’s salaries, and it spent a small part on the insurance. It also spent on worker salaries, books and equipment. Though all of these went through changes.